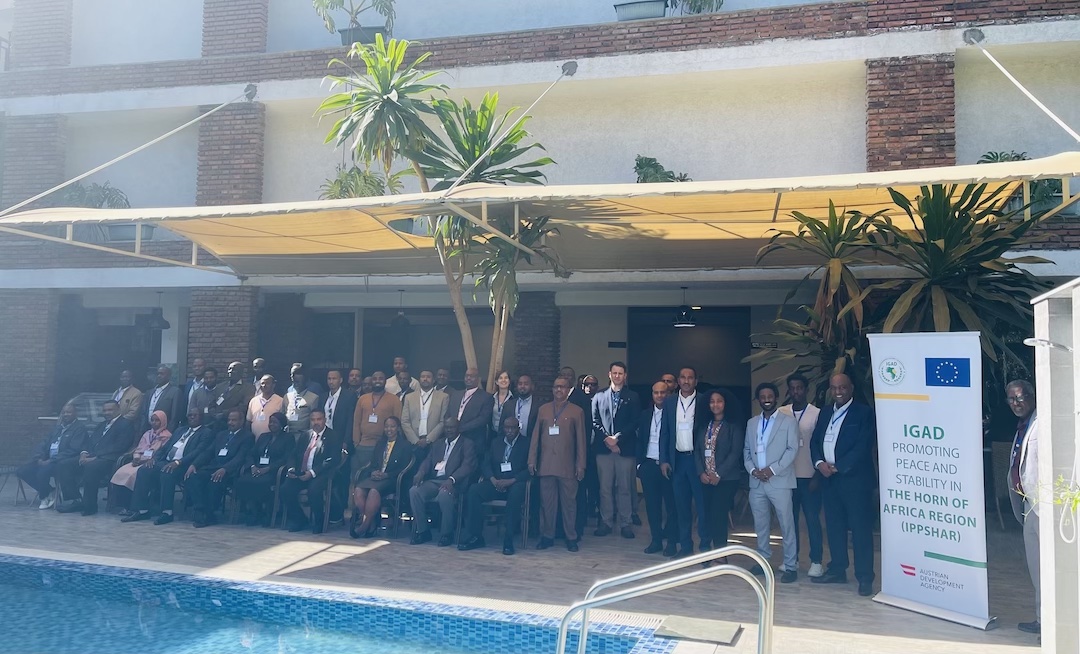 The UAVs also known informally as drones, are aircrafts that do not carry any crew, but rather, are operated remotely by human operators, or autonomously via preprogrammed software or robots. UAVs vary widely in size and capacity and have become increasingly accessible.

The use of UAVs has increased exponentially over the last decade for a broad range of applications. The recent commercial availability of a new generation of small UAVs has emphasized the growing threat posed by these machines in areas such as terrorist attacks, illegal surveillance, and drug smuggling besides other transnational organized crime (TOC).

The IGAD SSP regional sensitization workshop was aimed at discussing and reviewing the security threats posed by UAVs despite their positive constructive and economic purposes.  These security threats can be in areas such as terrorist attacks, illegal surveillance, and reconnaissance, smuggling, electronic snooping, mid-air collisions, and other transnational organized crime (TOC).  In addition, a discussion in the categories of UAV intrusions in terms of intention and level of sophistication of the operators to pose security threats was tabled.

In this regard, it was intended to enhance the institutional capacity of border security officials, port authorities, aviation officials, and counterterrorism officers of IGAD Member States to effectively prevent, detect, identify and intercept the criminal use of UAVs by suspected criminal or terrorist groups, and their affiliates. 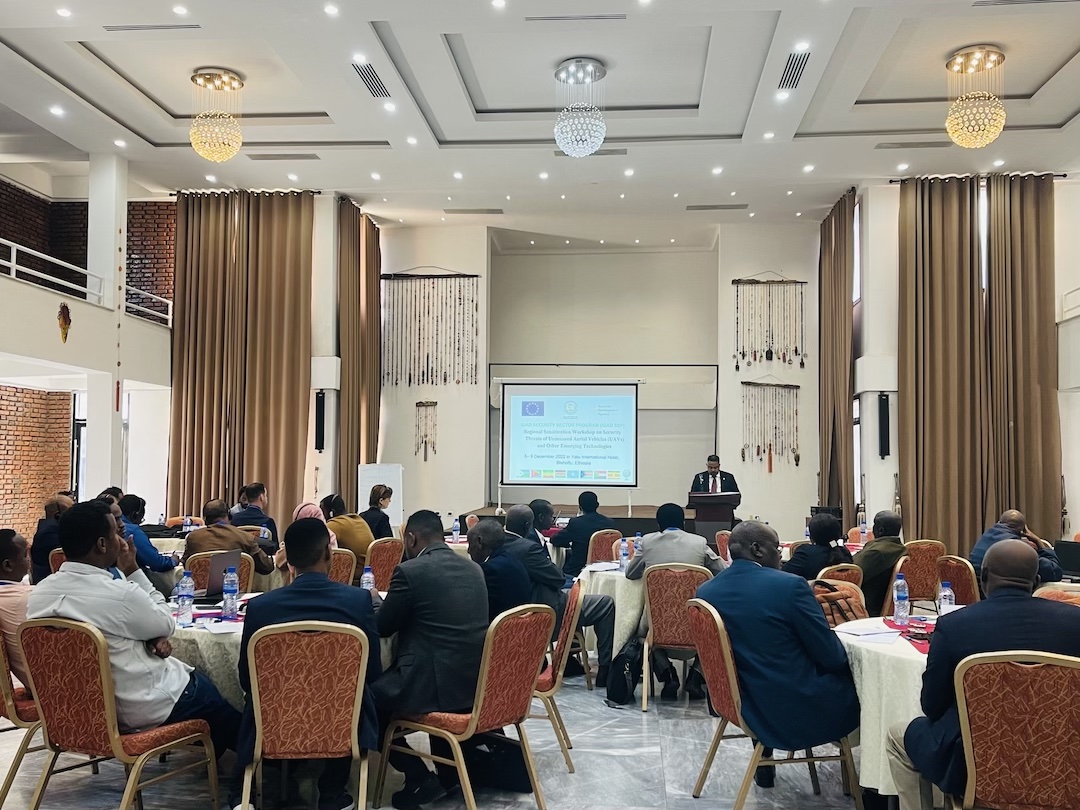 On behalf of H.E Doctor Workneh Gebeyehu, the Executive Secretary of IGAD, Commander Abebe Muluneh Beyene, Director of IGAD SSP and IGAD Head of Mission to Ethiopia, has officially opened the Workshop. In his comprehensive speech, he emphasized on this new emerging threat saying that “Their use has significantly increased to include cartography and mapping, inspection of remote power lines and pipelines, delivery services, telecommunications relay, police surveillance, traffic monitoring, border patrol and reconnaissance, and emergency and disaster monitoring”. He further highlighted the recent report presented to the United Nations Security Council regarding the supernational activities of Al Shabaab, revealing that the organization used UAVs to attack, collect intelligence, and produce propaganda. Therefore, on 29th October 2022, the UNCTC unanimously adopted the Delhi Declaration on Countering the use of emerging technologies for terrorist purposes. The declaration strongly condemns the continued flow of weapons, military equipment, Unmanned Aerial Systems (UAS) and their components, and improvised explosive device (IED) components to and between ISIL/Da’esh, Al Qaeda, their affiliates and associated individuals, groups, undertakings, and entities, and other terrorist groups and illegal armed groups and criminals, and encourage Member States to prevent and disrupt procurement networks for such weapons, systems, UAS. 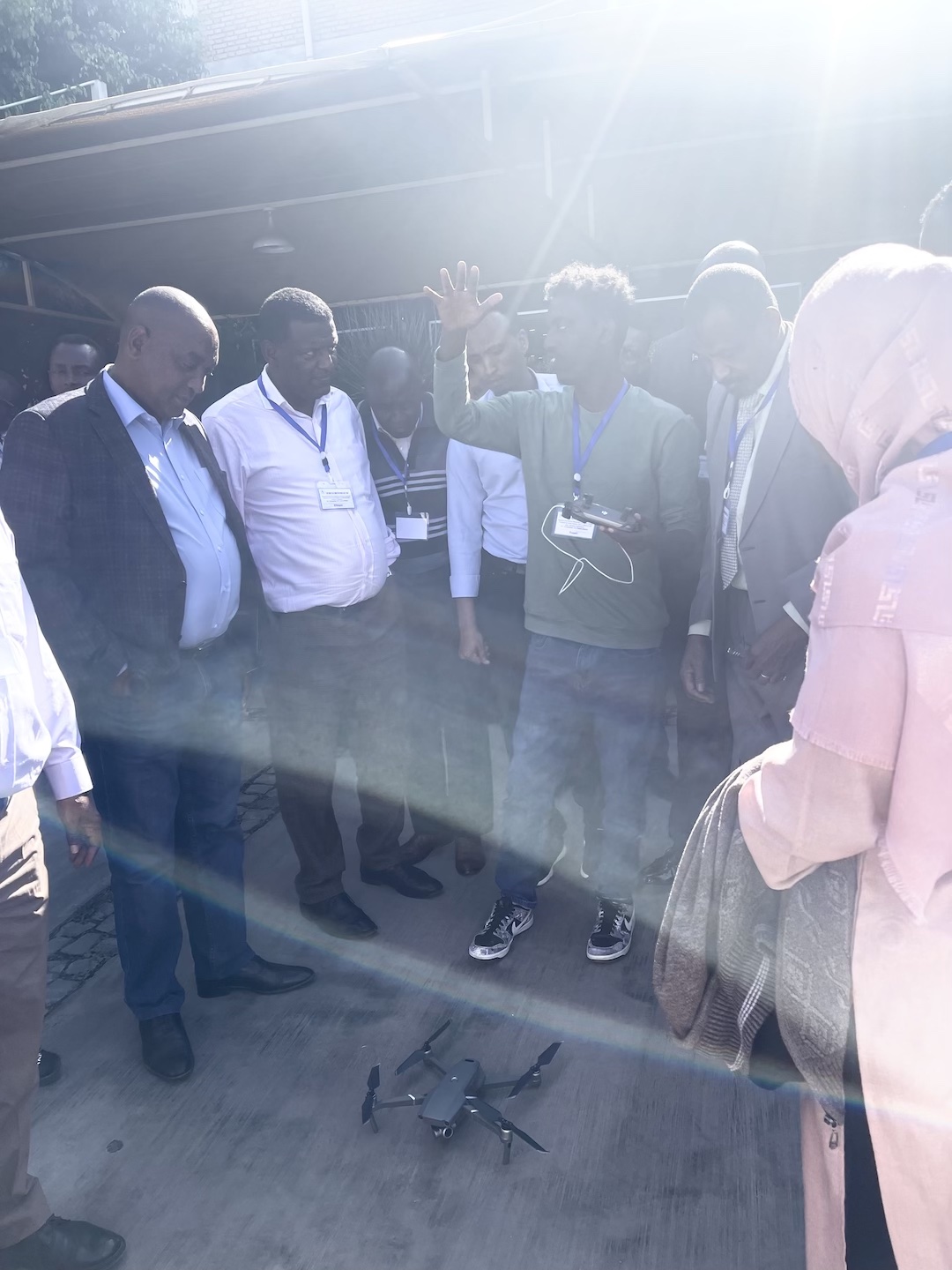 The regional sensitization workshop brought together forty-two (42) senior officials and experts from IGAD member States: Senior border security officials, port (maritime, and land border) authorities, aviation, intelligence officers, police, and officials from defense and counterterrorism units to participate in this very important regional workshop. Regional and international experts have facilitated and shared their experiences that resulted in a common understanding of the security threats of UAV and the various national threats posed from this and other new emerging technologies.  At the end of the workshop, the delegates have made a very fruitful site visit at the Headquarters of the Ethiopian Information Network Security Agency (INSA) whereby a digital exhibition was displayed as well as discussions were made that showed the capability of the Agency and provided a platform for experience sharing.  Other partner organizations that deal with the threat have also shared their expertise with the delegates, among them were the UNIDIR, The US Combined Joint Task Force-Horn of Africa, and UNOCT. 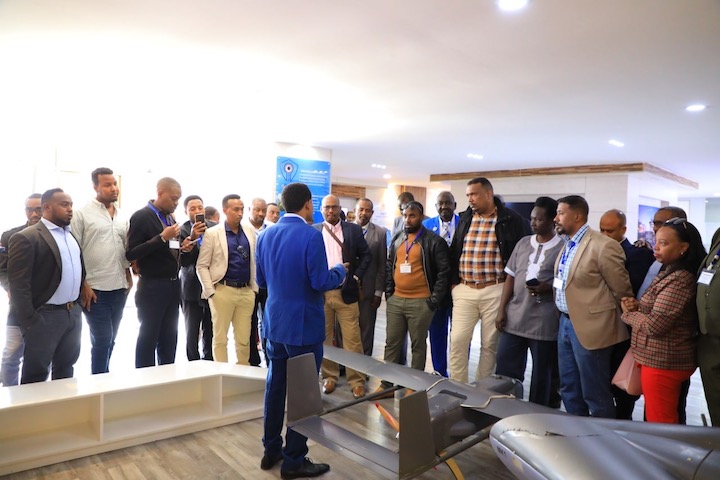 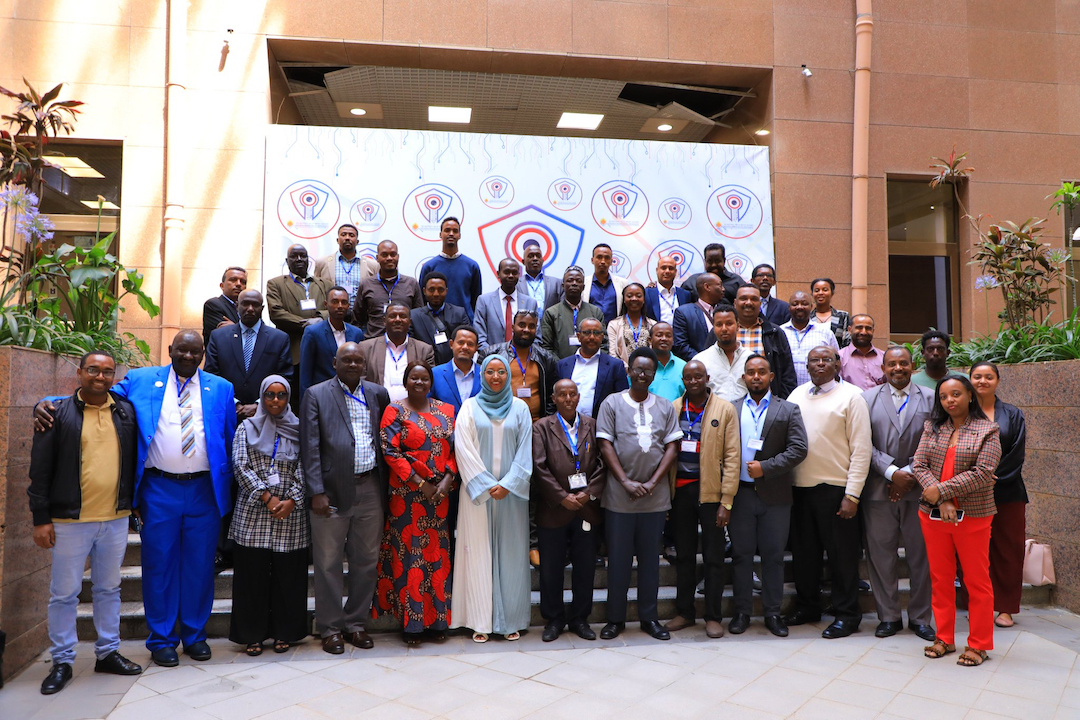 The workshop was generously funded by the European Union Trust Fund EUTF) and implemented by IGAD SSP and the Austrian Development Agency (ADA) under the agreement to implement the project titled “IGAD Promoting Peace and Stability in the Horn of Africa Region (IPPSHAR)”.  The overall objective of the project is to contribute to achieving peace, security, and stability for the attainment of economic integration and development of the IGAD region. The project looks at peace and security from a human security perspective, recognizing the nexus between security and development. END

IGAD-SSP RT @DrWorkneh: My State of the Region Address was the occasion for a review of 2022 while looking ahead into the prospects of 2023. We achi…

IGAD-SSP RT @DrWorkneh: Honored to officially inaugurate the IGAD Council of Eminent Personalities who'll act as our goodwill envoys on issues of co…