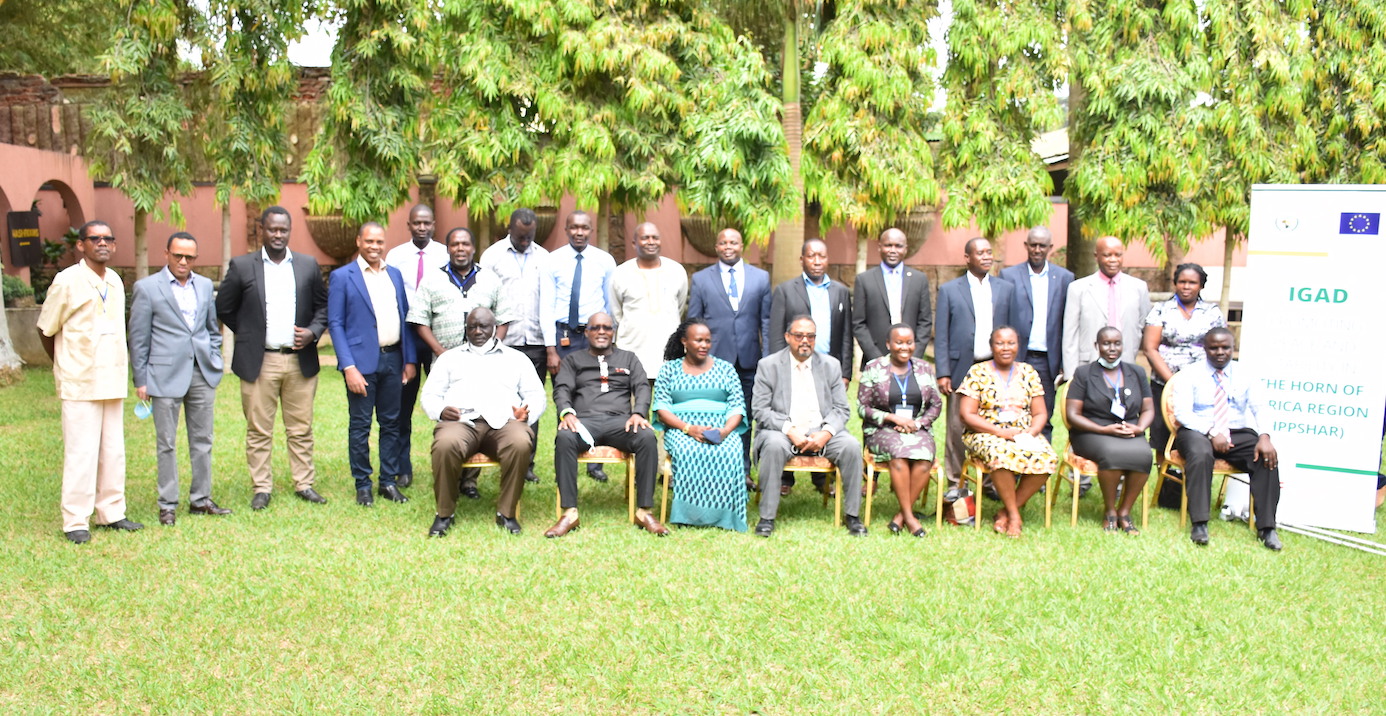 14 December 2021,  Entebbe, Uganda: The IGAD Security Sector Program (IGAD SSP) has today kicked-off a National Consultative Meeting for Uganda on the Arms Trade Treaty (ATT), to promote its universality and raise awareness on ATT and that of other relevant regional and international instruments among the national stakeholders as well as build capacities for its full and effective implementation at the national level.

The ATT is considered an important tool to advance the implementation of the AU Master Roadmap for Silencing the Guns in Africa by 2030. The illicit circulation of small arms fuels and contributes to armed conflicts, terrorist threats and instability in many of the IGAD Member States.

IGAD SSP is mandated to include regional cooperation and coordination and capacity building measures to address the challenges of illicit circulation of SALW and support its Member States in the ratification, domestication and implementation of regional and international relevant instruments; particularly the universal adherence to the disarmament regimes.

The Opening was officiated by Commander Abebe Muluneh Beyene, Director of IGAD SSP and Mrs. Everlyn Kasangaki, 2nd Secretary at Regional Peace and Security Department at the Ministry of Foreign Affairs of Uganda.

In his opening remarks, Commander Abebe emphasized that the Treaty underlines the need to prevent and eradicate the illicit trade in conventional arms and will also limit their diversion to the illicit market, or for unauthorized end-use and end-users such as terrorism and criminal networks.

Commander Abebe emphasized the role regional organizations like IGAD can play in the area of coordination and cooperation with other member states and partners and as well as information exchange as to assist States Parties in implementing the ATT, in recognition of the voluntary and active role that civil society, including non- governmental organizations, and industry can also play in raising its awareness and purpose.

Furthermore, other objectives for organizing the meeting are to review national action plans in order to Detect, Deter and Disrupt the illicit circulation of SALW and suggest areas of improvement and outline possible areas of support.

Subsequently, in the spirit of acknowledging the aim of the UN Trade Treaty (ATT) the meeting is to establish norms for conventional arms trade and prevent diversion of SALW, thus the national workshop will contribute to the enhancement of institutional capacities of the relevant Uganda government agencies to identify effective measures and activities to strengthen the institutional capacities of the relevant officials in Uganda.

The 4-day consultative meeting is bringing together over 25 senior policy/decision-makers and high-level practitioners from the internal and foreign affairs, security, criminal justice, gender and social development sectors playing a direct role in preventing illicit circulation of SALW at both legislative and operational levels.

The meeting is being organized with the financial support from the European Union through European Union Trust Fund (EUTF), that is being implemented by IGAD SSP and the Austrian Development Agency (ADA).

IGAD-SSP RT @DrWorkneh: My State of the Region Address was the occasion for a review of 2022 while looking ahead into the prospects of 2023. We achi…

IGAD-SSP RT @DrWorkneh: Honored to officially inaugurate the IGAD Council of Eminent Personalities who'll act as our goodwill envoys on issues of co…