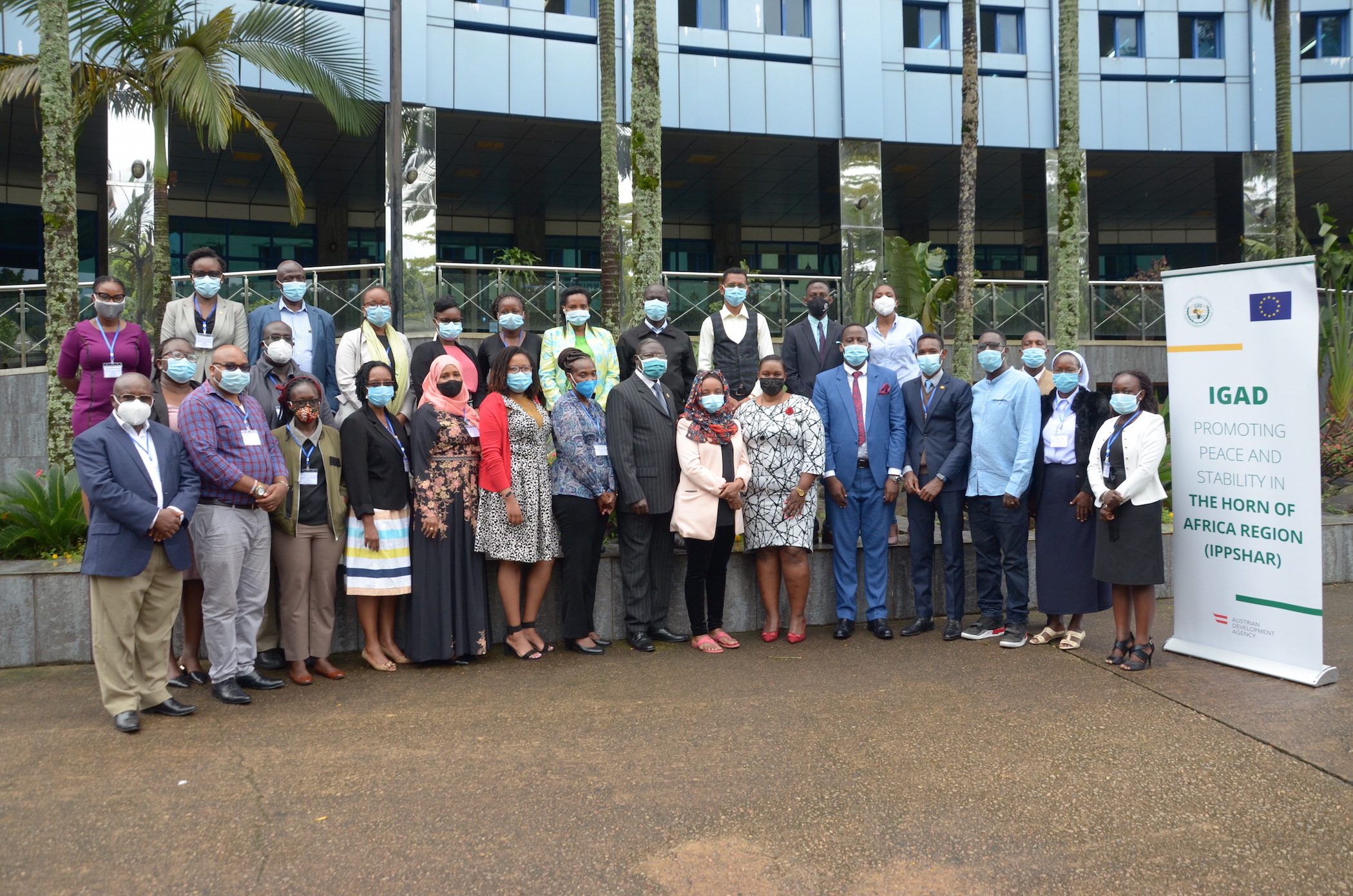 26 March 2021, Entebbe - Uganda - The IGAD Security Sector Program (IGAD SSP) has successfully concluded a four-days regional/bilateral  training to Uganda and Kenya Non-State Actors (CSOs and Media) on the Transnational Security Threats (TSTs) specifically on Human Trafficking, Migrant Smuggling, and their Criminal Proceeds held on 22-25 March 2021. The objective of the training was to provide the trainees with the necessary skill and knowledge about the threat of human trafficking and migrant smuggling along with their criminal proceeds.

The training also aims to strengthen the cooperation between State and Non State Actors specifically the Media and CSOs for enhanced information sharing, collaboration and complimentary efforts in the fight against these threats.  As this training was held at bilateral level, namely for Kenya and Uganda, it was believed that the training has contributed to the national efforts as well as the cooperation among the two Member States in the cross-border movement of human trafficking as well as migrant smuggling. 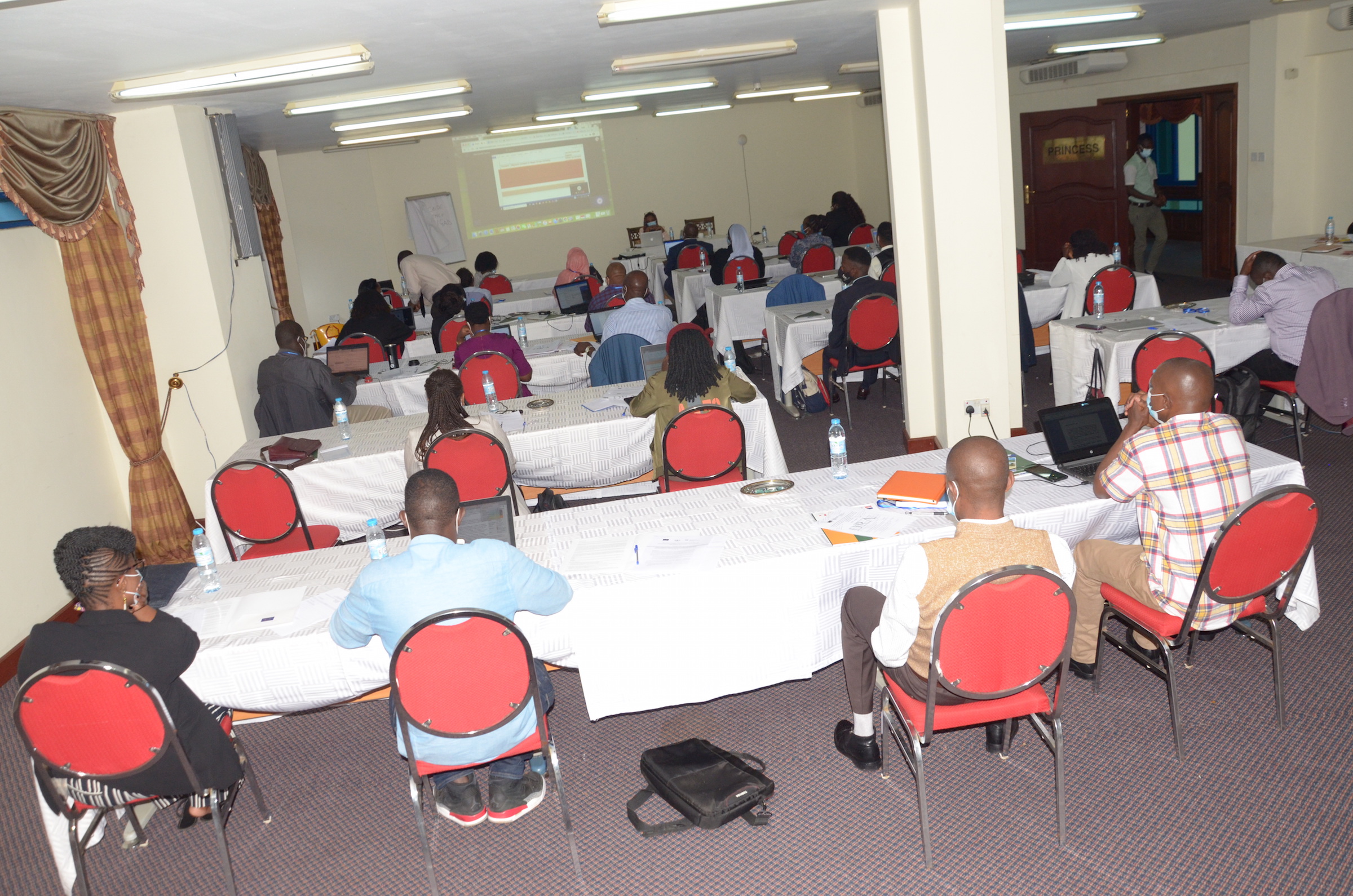 The training brought together 34 senior level Media and CSOs officials that directly work on human trafficking and smuggling including their criminal proceeds. Accordingly, representatives from media houses and organizations such as ANPPCAN. TRACE, HAART, CHTEA, STOP THE TRAFFIK, CDTD, SALVATION ARMY, LOVE JUSTICE, CANDLE OF HOPE FOUNDATION, RELIGIOUS AGAINST HUMAN TRAFFICKING, UJAMAA, CAPITAL FM & STAR NEWSPAPER, CITIZEN TV, THE NATION, KTN/STANDARD GROUP, CHILD RIGHTS NGO NETWORK, YOUTH DEVELOPMENT LINK, WILLOW INTERNATIONAL, FIDA, UTV, NTV, NATION MEDIA GROUP, NBS TV, and S-TV, have actively participated in the training.  In addition, delegates from the respective units at the Ministry of Foreign Affairs  were present.  The training was facilitated by subject matter expertise and practitioners from the Kenya ODPP and Immigration and Uganda Police Commission who have provided insights and shared their experiences in order to attain the intended objective.  IOM Uganda have also contributed to the training further strengthening the cooperation between IGAD and IOM.

During the course of the four-days, the following topics were covered:

At the end of the training, participants discussed in detail the way forward and charted out recommendation for relevant stakeholders at all levels - national, regional, and international.

One of the objectives of the IGAD Security Sector Program (IGAD SSP) is to enhance institutional and human capacities of Member States to effectively address emerging, evolving, and existing transnational security threats (EEE-TSTs) in order to contribute to regional peace and stability, and foster enabling environment for regional integration and development of the sub-region.  Hence, this specific training was part of this objective in complimenting the efforts of the Member States, Uganda and Kenya in this case, in enhancing the cooperation between State and Non-State Actors to mitigate the threat of Human Trafficking and Migrant Smuggling.  The training was conducted with the financial support from the European Union Trust Fund (EUTF) through the Austrian Development Agency (ADA) under the IPPSHAR Program.