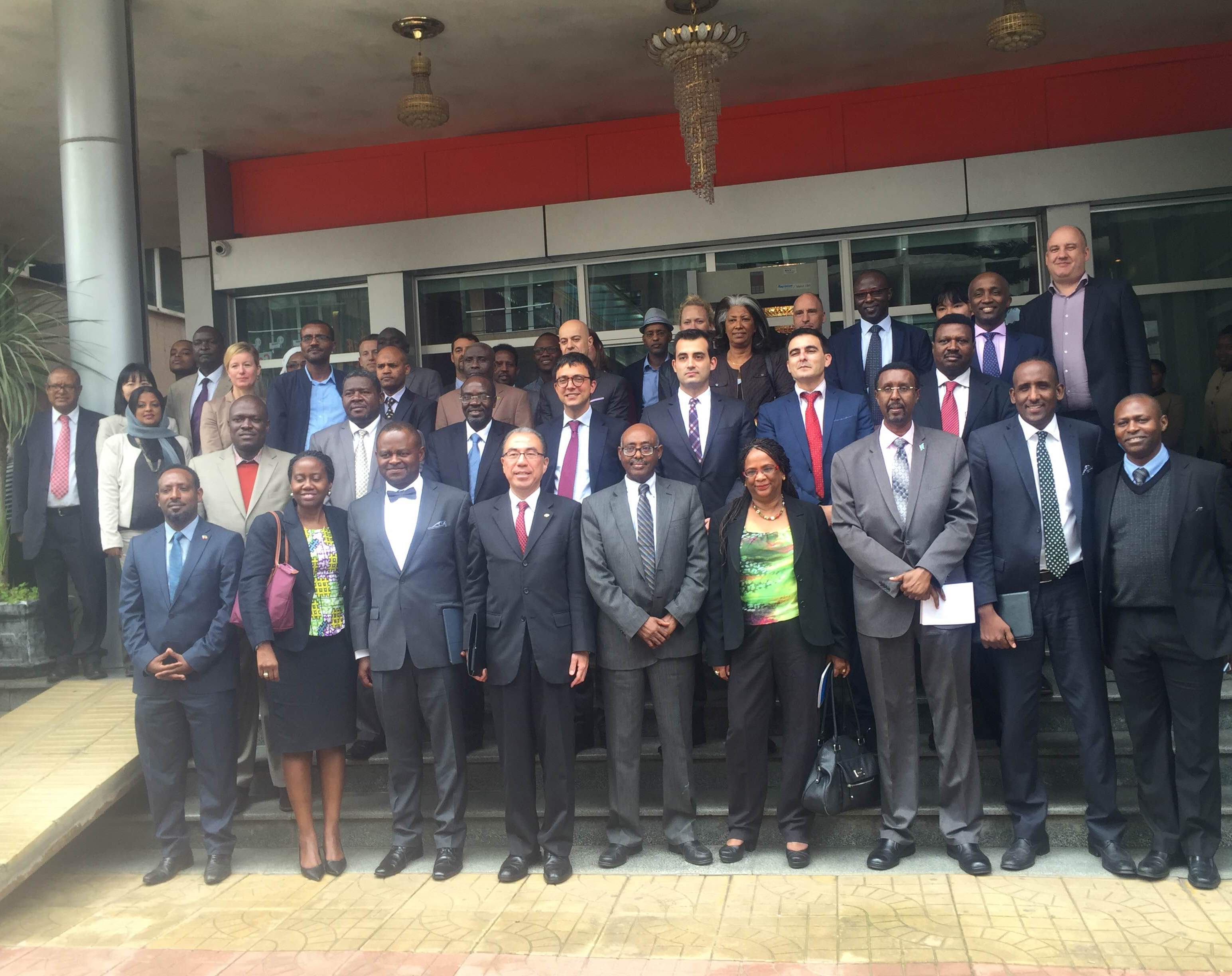 26 July 2016, Addis Ababa: The Intergovernmental Authority on Development (IGAD) with support from the United Nations Development Program (UNDP) started its consultation process for the development of the East Africa Regional Strategy on Preventing and Countering Violent Extremism by an inauguration meeting held on 25 July 2016 in Addis Ababa, Ethiopia. The strategy will be developed within the framework of supporting the operationalization and development of the Horn and Eastern Africa CVE Center of Excellence and Counter-Messaging Hub.

During this meeting a comprehensive methodology and processes that will be followed to develop the strategy was discussed. As part of the process, the first consultation was held between 26-27 July 2016 in Ethiopia. In this process, the IGAD delegation developing the strategy held consultations with the officials of Government of Ethiopia, Regional organizations, and RECs, CSOs, religious based community groups, development partners, and other stakeholder who are involved in PVE and CVE issues. The main goal of the consultation process is to collate the views, perspectives and recommendation of key national stakeholders on what should be the main elements of the PVE/CVE strategy. The process will continue to the other IGAD Member States and Tanzania with the final draft report to be further reviewed and validated by the relevant authorities. (END)