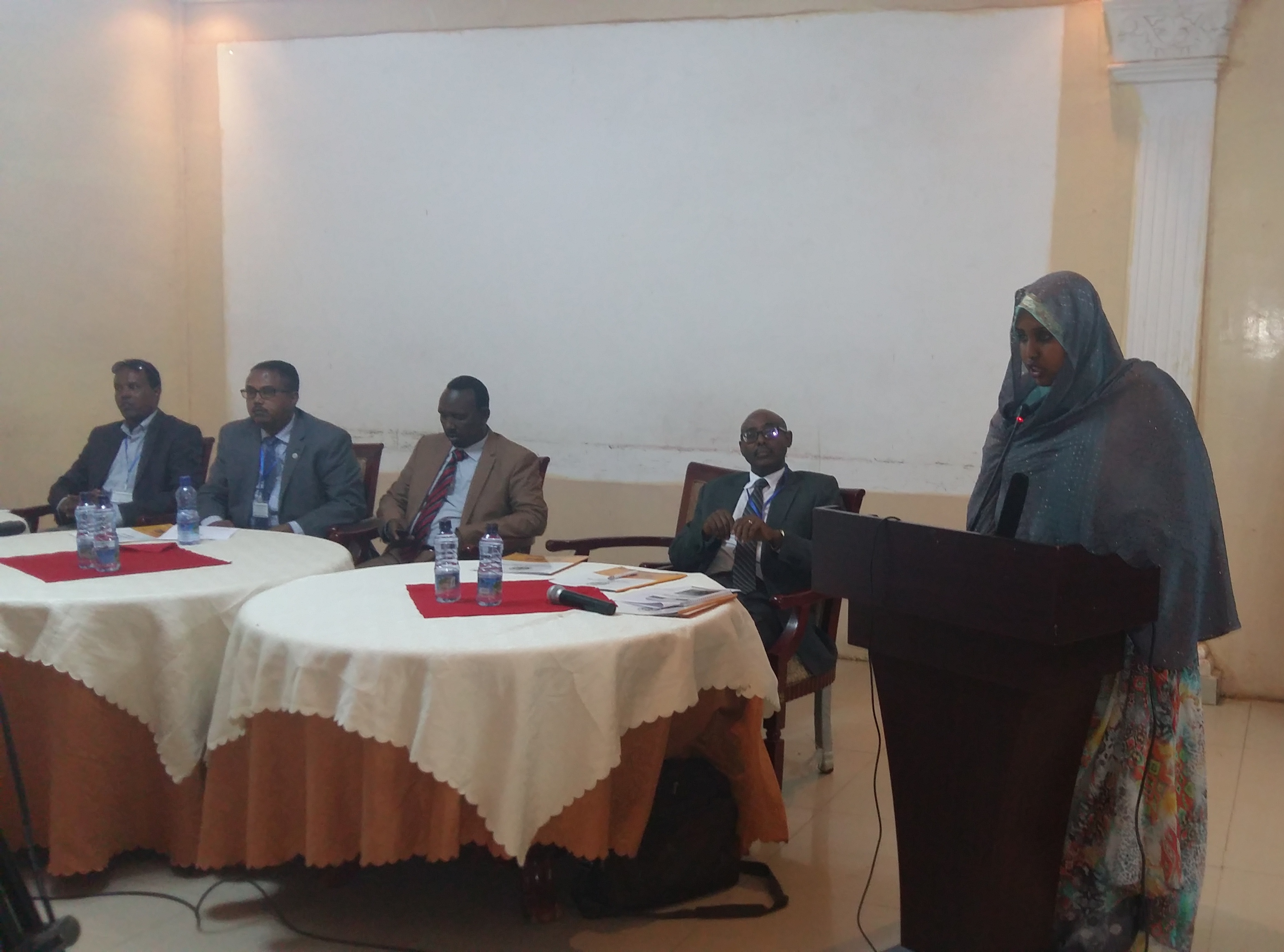 26 July 2016, Ethiopia: The Intergovernmental Authority on Development (IGAD) with the financial support from the Government of Japan and through its Offices of the Security Sector Program (IGAD SSP) and the Somalia Facilitation Office (IGAD SFO) in Collaboration with the Federal Republic of Somalia Government have today launched a four days Training of Trainer (ToT) on countering radicalization and entrepreneurship skill to the Federal Republic of Somalia Youths.

In his opening remark, Commander Abebe welcomed all participants and thanked the Government of the Federal Democratic Republic of Ethiopia, the Ethiopian Somali Regional Administration Region, the Republic of Somalia Government, the Government of Japan, and the staff of IGAD for their cooperation and facilitation of this important and timely training. He stressed that “the IGAD region faces a range of challenges, including persistent threats posed by transnational terrorist and other violent groups” and “these security challenges exacerbated by problems such as underdevelopment and unemployment potentially make the youth more vulnerable to empty promises of a better life and financial incentives offered by terrorist organization”. He urged that there should be an exerted effort for the development of alternative livelihood for the vulnerable groups such as youths both men and women that will eventually generate hope to the people of Somalia and address social, political and economic injustice and grievances. Amb. Tewolde emphasized the critical role the youth play in countering violent extremism. He further said that military means are not sufficient in tackling extremism but rather through an added effort focusing on the protection of youth from falling into the hands of extremist groups as well as by increasing the participation of youth in various community and development efforts to attract and integrate more defectors from these groups.

The session was attended by 51 (11 female and 40 male) youths from the Ministry of youth and sport, Somalia National Youth of the five regional states of Somalia, i.e., Puntland, Jubaland, SouthWest, Galmudug and Banadir.

This four days training of trainers’ workshop aims to support the efforts of the Federal Republic of Somalia Government towards the fight against radicalization and countering terrorism from the threat posed by Al-Shabaab. It is designed for civilian youths both male and female to countering radical narratives that familiarize the dangers of religious extremism and lead them to an entrepreneurial skill. During the course of the training, regional experts will discuss the following topics in the form of interactive discussions, table top exercises, and site visits.

At the end of the training, a way forward will be charted out and participants will receive certification. (END)