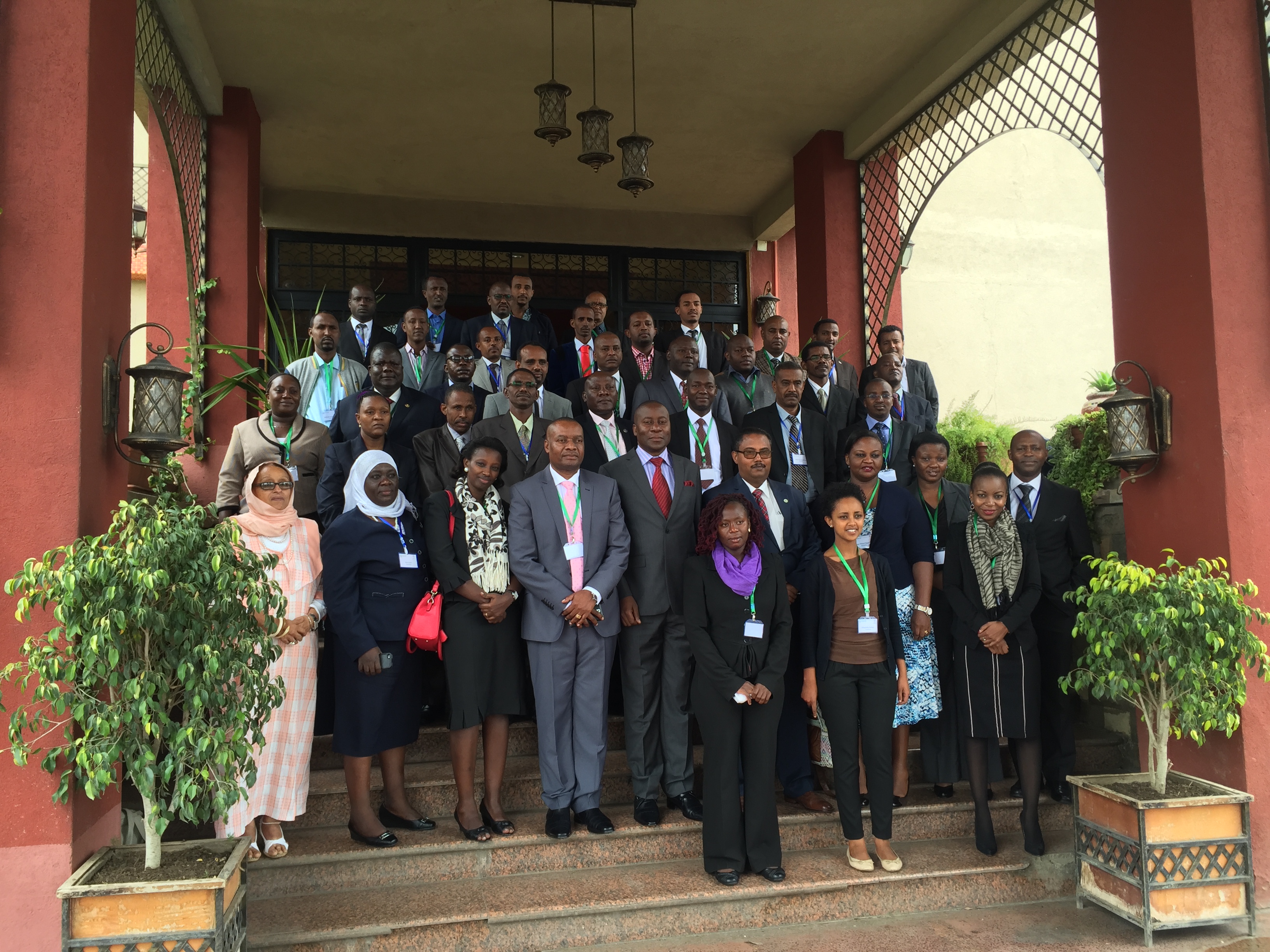 11th July 2016, Bishoftu- The Intergovernmental Authority on Development (IGAD) Security Sector Program (SSP) kicked off a three days training workshop on Turning Intelligence into Evidence as a Good Practice in Preventing and Countering Terrorism in the Horn and Eastern Africa Region.

The opening session was facilitated by Dr. Simon Nyambura (Head of CT&VE Pillar at IGAD SSP) and presided over by Commander Abebe Muluneh (Director, IGAD SSP) with a guest of honor, Mr, Belayhun Yirga (Director of Legal Studies, Drafting and Dissemination of Ethiopia). In his opening remarks, Commander Abebe, welcomed all delegates to Ethiopia and thanked the Ethiopian Government for hosting the workshop and the US Government for generously sponsoring it.   He emphasized on the need to carefully understand the role of intelligence in counter terrorism.  He reminded IGAD member states “to establish procedures to allow properly authorized investigations and prosecutors to receive intelligence information, where appropriate, that is relevant to a particular terrorist’s case investigation”. Mr. Belayhun, in his welcoming speech, welcomed participants to Bishoftu, Ethiopia and expressed his delight on behalf of the Ethiopian Government in hosting this training workshop.  He stressed the need for a more collaborative and cooperative effort in tackling the security threats especially with regard to the groups, such as Al Shabaab, that pose regional terrorist threat in a vulnerable region.  He further  officially opened the training workshop by wishing participants successful deliberation.

One of the major challenges that has been identified, by civilian law enforcement investigators and prosecutors involved in counter terrorism field, is how to turn intelligence into evidence that is admissible in courts of law.  While lots of information is available before and after a terrorist act has taken place, this intelligence is not adequately turned into legal evidence.  This training workshop is designed for civilian Law Enforcement Investigators, Prosecutors, Magistrates and Judges that are involved in civilian law enforcement, investigation, prosecution and adjudication of Terrorism Cases. The training is believed to contribute to equip participants with the skills in using the intelligence as evidence while handling terrorism cases in their capacities.

This workshop is the sixth, in a series of training workshops that have been jointly organized by IGAD SSP and GCTF (funded by the US Government) under the theme: “Building Capacity and Promoting the Rabat Memorandum on Good Practices for Effective Counterterrorism Practice in the Criminal Justice Sector in the Horn of Africa Region.”

High level delegates of judges, prosecutors, law enforcement officials, and magistrates from all IGAD Member States, Tanzania, and invited experts are in attendance.

During the three days of the training, delegates are expected to delve into the following thematic topics through interactive discussions and table top exercises: