March 7, 2020 - Bishoftu, Ethiopia – The Intergovernmental Authority on Development (IGAD) Security Sector Program (SSP) successfully conducted a five days national training workshop in Ethiopia’s city of Bishoftu, with high level officials of the Federal Democratic Republic of Ethiopia to contribute to the enhancement of institutional capacities in formulating and updating the national Security Sector Reform (SSR) Policy Framework. The training is conducted with the financial support from the European Union Trust Fund (EUTF) through the IPPSHAR Programme that is being implemented by IGAD SSP and the Austrian Development Agency (ADA).

In his opening remarks, H.E. Tesfahun stressed the need to assess and review the existing related national security policies (NSP) and Strategies; as well as respectively evaluating the implementation and key possible gaps.

The training was a follow up to the first IGAD SSR meeting held in September 2017 in Khartoum, Sudan. Accordingly, in this training workshop, the progress was reported on the development of the national policies to support initiatives to develop SSR strategies and plans for implementation at national level. In additional, it leverages on their strengths and opportunities in improving the rule of law and security in relation to the implementation of the National Security Architecture (NSA) and to identify possible gaps.

The training also provided a platform for national and regional technical experts to jointly reflect on their priority areas identified in their National Security Policies and to further compare with the African Union and IGAD Peace and Security Policy Frameworks that have been formulated. Hence, it explored ways through which IGAD, AU and UN can exercise their complementary roles and responsibilities to assist Ethiopia in the implementation of SSR strategies and initiatives.

The training was believed to be an opportunity to forge constructive dialogue, interaction, networking, and partnership between Ethiopian’s relevant institutions, IGAD, AU, African Security Sector Network (ASSN), DCAF’s International Security Sector Advisory Team (ISSAT) and Sub-Saharan Africa Division, in order to stimulate their collective thinking and perspectives besides widen their ability to the ongoing promising transition after the recently peaceful political changes in the IGAD region.

The participants were from the Parliament, Ministries of Justice, Peace and Defense, the Attorney General Office, Federal Police Force, NISS, INSA, Prison Administration and offices of the Prime Minister and National Security. 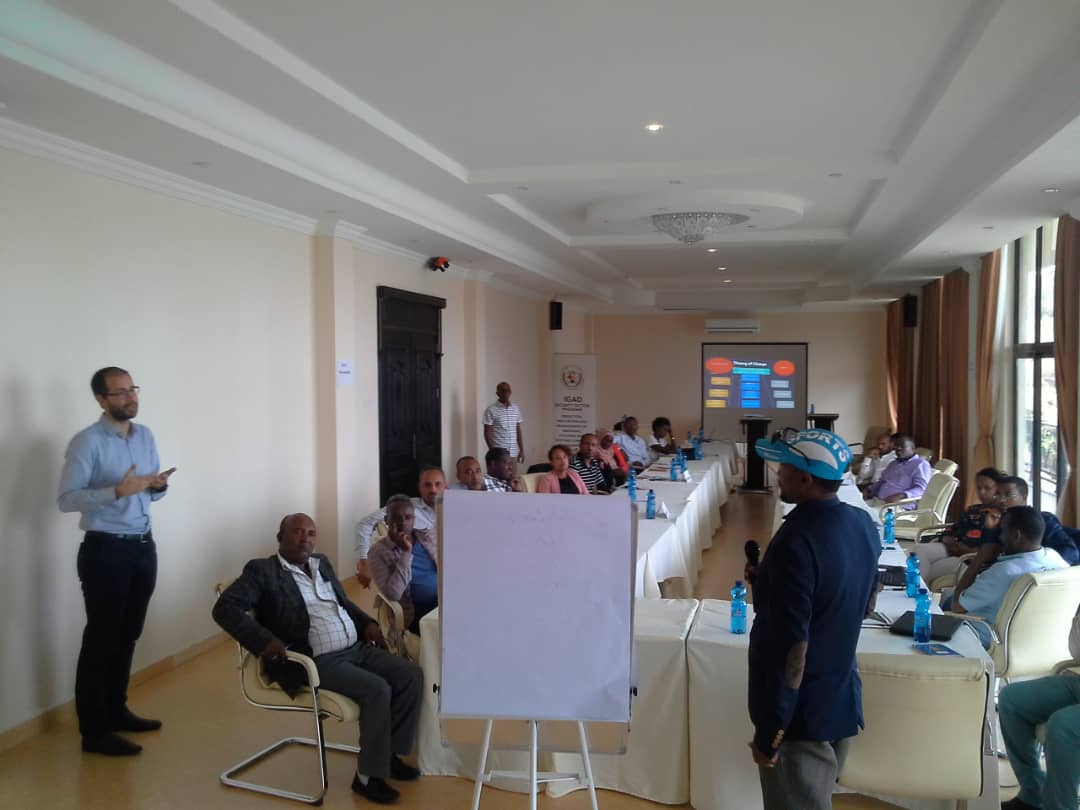 The training was officially closed by Commander Abebe Muluneh, Director of IGAD-SSP, where he thanked the Ethiopian Government for hosting this important training and appreciated the active participation by the delegates. Furthermore he uploaded the suggestions and recommendations by the participants on the on-going steps in formulating and updating the national SSR policy framework.  The participants received certificates acknowledging the successful participation of this timely training. 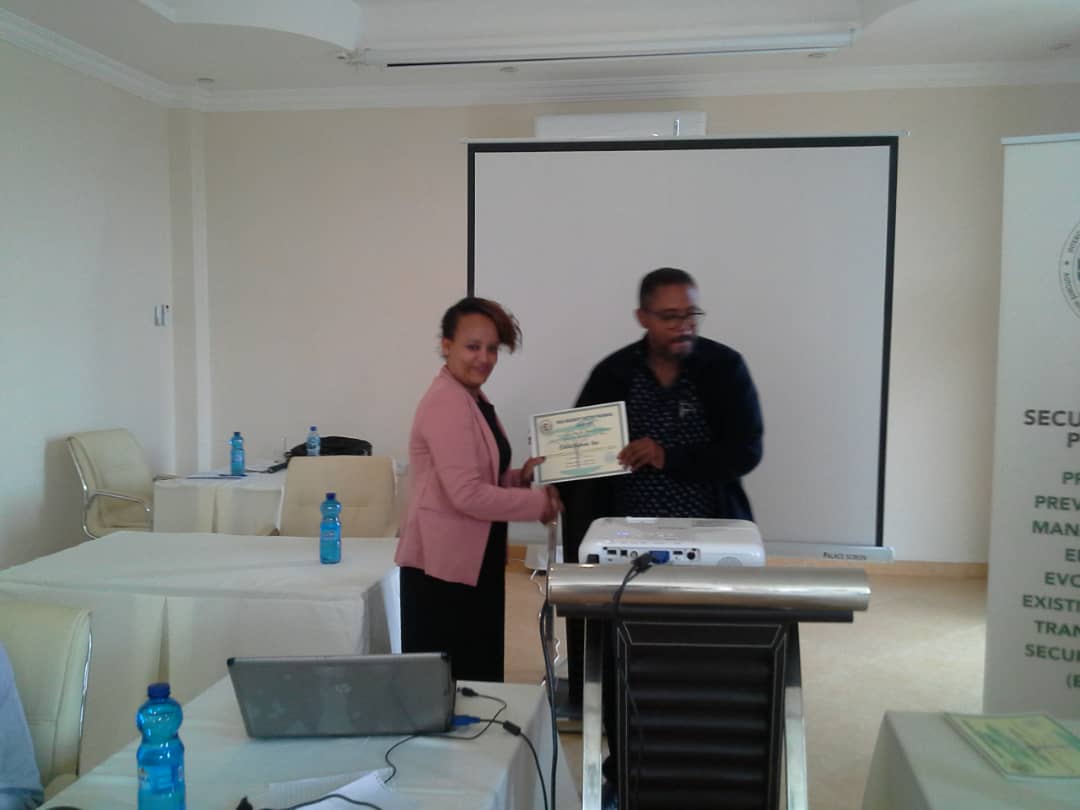 IGAD-SSP RT @DrWorkneh: Today was a milestone in the IGAD-EU partnership in the fight against COVID19 for the reg as we received the 1st batch of s…