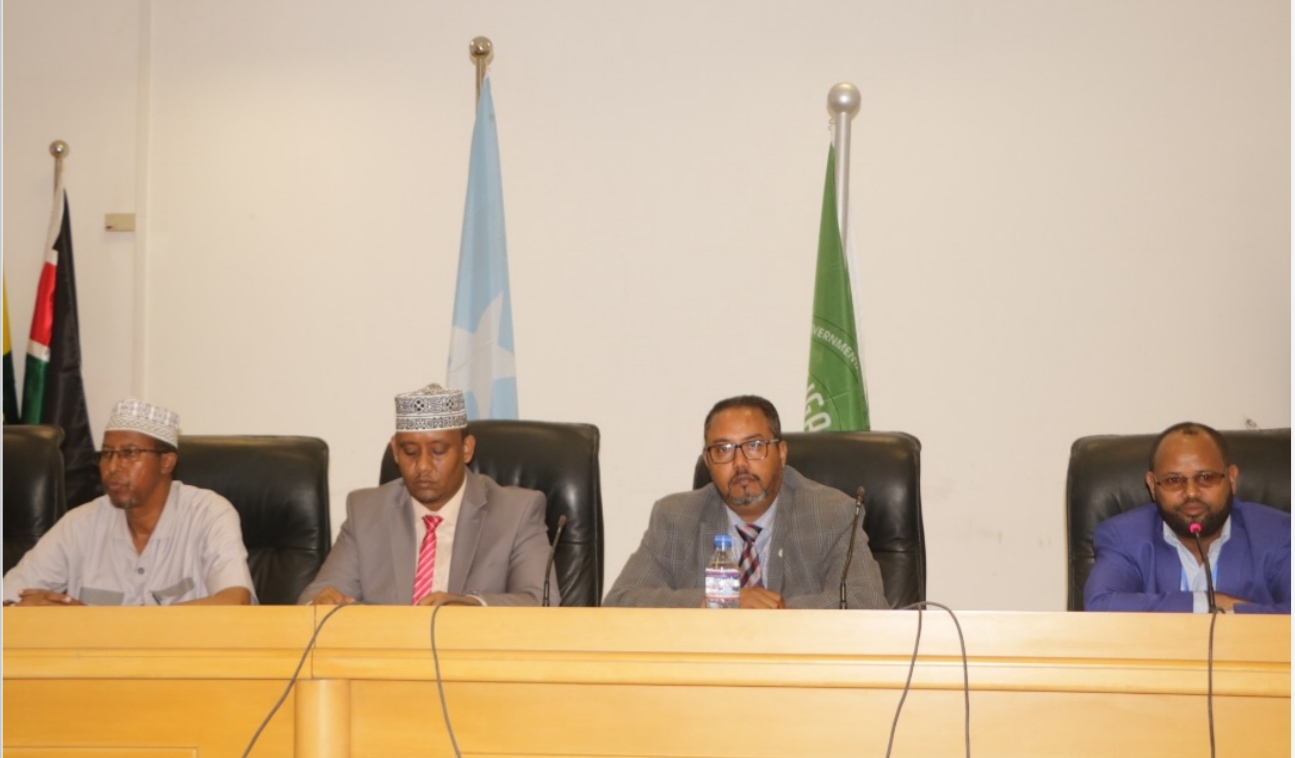 5 February 2020, Djibouti - IGAD Security Sector Program (IGAD SSP) concluded the National training for Somalia Imams’ on disengagement, deradicalization, rehabilitation, and reintegration (DDRR) approaches to counter terrorism in Djibouti at IGAD Head Quarter. The training was held between 26 January and 05 February 2020. The overall objectives of Imams’ training was building the capacity of Islamic leaders (Imams’) on Disengagement, Deradicalization, Reintegration, and Rehabilitation (DDRR) approaches to counter terrorism, Al Shabaab and other terrorist fighters, and youth at risk of recruitment to terrorist and extremist forces. The training is financed by the Government of Japan as a continuous support for a series of training for Somalia, which were held in Jig Jiga, Djibouti, Dire Dawa and Kismayo for Somali nationals that consist of youths, religious leaders, clan leaders, public officials, civil society organizations and other related stakeholders.

The training was officially closed by Commander Abebe Muluneh, Director of IGAD SSP and H.E Omar Farouk Abdelaziz Osman. Director General Minister of Endowments and Religious Affairs (MERA) of the Government of Somalia.

H.E. Omar Farouk Abdelaziz Osman appreciated the role of IGAD in combating terrorism and violent extremism in Somalia and thanked the Government of Japan for generous funding to the effort of counter terrorism in Somalia and in the IGAD region. He also stressed the brotherly hospitality of the people and the Government of Djibouti especially the excellent leadership of H.E. Ismail Omar Gulleh, President of the Republic of Djibouti. He also appreciated the role of the four experts, those who have nourished the thinking capacity and the ability of the Imams’ during the course of the training. He further stressed that it is necessary to revise and review all existing strategies and to produce Somali owned strategies under the MERA since terrorists almost took advantage of misinterpreted religious principles.

Mr. Omar reported that the MERA has already implemented orientations in Somalia through using different types of media and urge IGAD to support implementing of more community mobilization to correct the misinterpreted Islamic Principles. The Director General finally thanked the IGAD Security Sector Program effort, the role of the facilitators, and the dedication of participants for using their time in very organized and disciplined manner that added value to prevent and counter terrorism effort of the Federal Government of Somalia.

In his Closing Speech, Commander Abebe Muluneh thanked the Government of Japan for their continuous generous financial support to the disengagement, deradicalization, rehabilitation and reintegration (DDRR) approach of counter terrorism in Somalia. He also acknowledges the government of the republic of Djibouti for the unlimited and unreserved hospitality to the training participants. He further appreciated the contribution of IGAD Secretariat to the success of the training, which is immensely incalculable. Commander Abebe emphasized that Islam is submission and adherence to the commands of Allah without objection. This is the true essence of Islam. By obeying Allah and observing His Commands, Muslims would be in harmony with the universe in which they live, for everything in this universe abides by the commands of Allah. It is an established fact that everything in the Universe follows certain rule, and an unalterable law to which it submits; the sun, the moon, the stars, the night, the day, the land, the trees, and the beasts; all submit to a rule which Allah, the Creator has designated for all these things.

He further stressed that the six articles of faith in Islam (1) belief in one God, (2) belief in the Prophets of God, (3) belief in Divine Books, (4) belief in the day of judgement, (5) belief in Angels and (6) belief in destiny and fate (qadr). In Islam, worship is part of daily life and is not limited to mere rituals. Islamic practices center around (1) Daily prayers, (2) Giving to the poor (Zakat), (3) Fasting during the month of Ramadan, and (4) Participating in the Hajj at least once during one’s lifetime. These practices could influence health by helping people to relax and by decreasing materialistic thinking. Finally, the real and true teachings of Islam need to be understood and Counter those who provide the wrong and misinterpretation of the religion. Since the role of Imams is strongly significant, he strongly urged the Imams’ for their unlimited and unreserved engagement and involvement on DDRR approaches to counter terrorism. Finally, the training participants came up with detail statement on the way forward on how to implement the agreed points. At the end of the training, the participants received certificates recognizing their full participation. 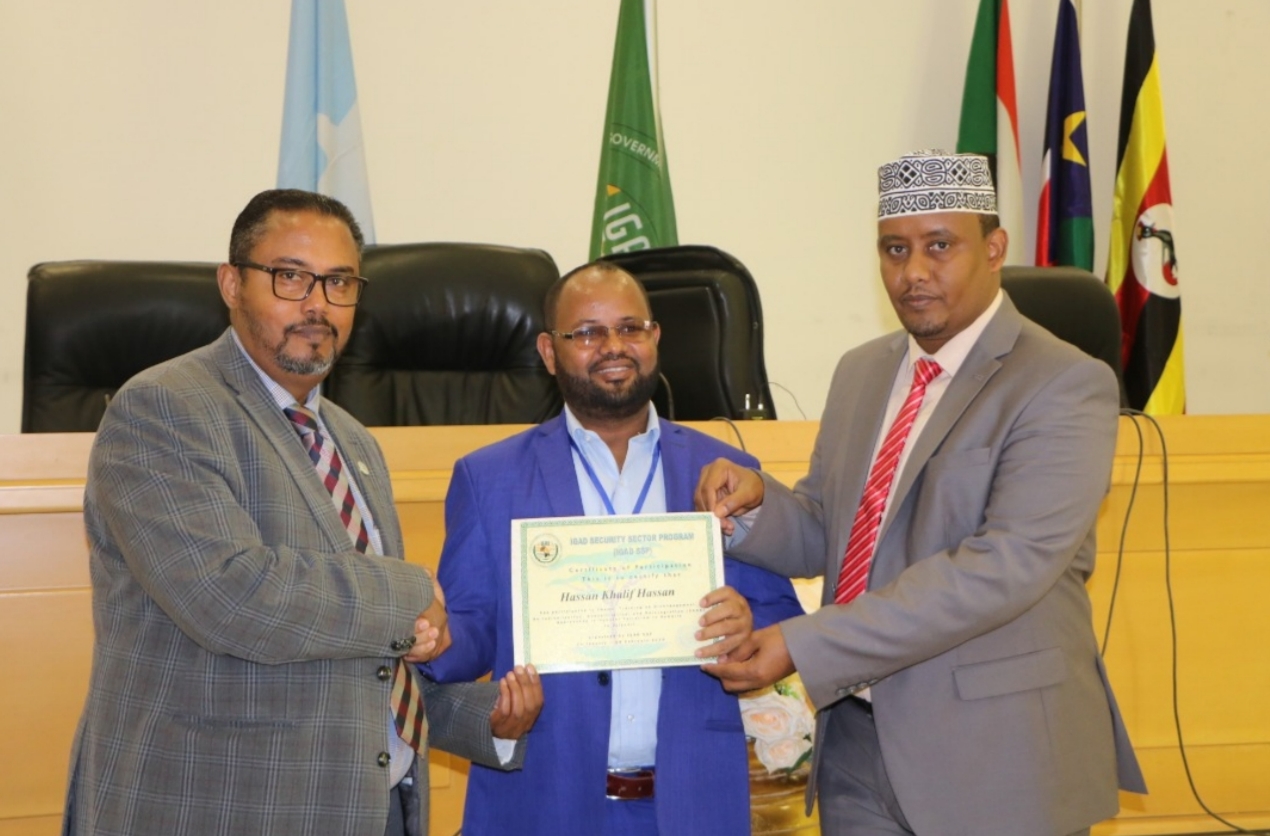